For the FRD, we’ve stuck to the more traditional design- a full length camber, slow rise tip, and a squared off, almost flat tail. A key player in our ski line up, this charger of a ski quickly and fluidly dominates big mountain lines. Its smooth transitions from edge to edge initiates solid carves and responsively exits turns, yet its stable build devours sustained vertical and the many variable snow conditions along steep descents. There’s no fear in going straight down!

This past season we had the honor of working with ski-film-flight-surf if it’s fun and dangerous he’s probably mastered it guru….. Craig Beck. Craig came to the factory with his knowledge, experience, passion and expertise of skis and skiing to see just what we had going on. After testing several of our ski models the FRD was the one that came out on top. With a couple tweaks to the flex pattern and camber the next generation FRD was born. Craig Beck’s original hand drawn artwork “Eagle’s Nest” is featured on the new FRD, stained on either a cherry or maple veneer.

The Standard Edition FRD is offered in a #4 flex in our heavy hitter pure maple ash core with carbon fiber and wood veneer top. 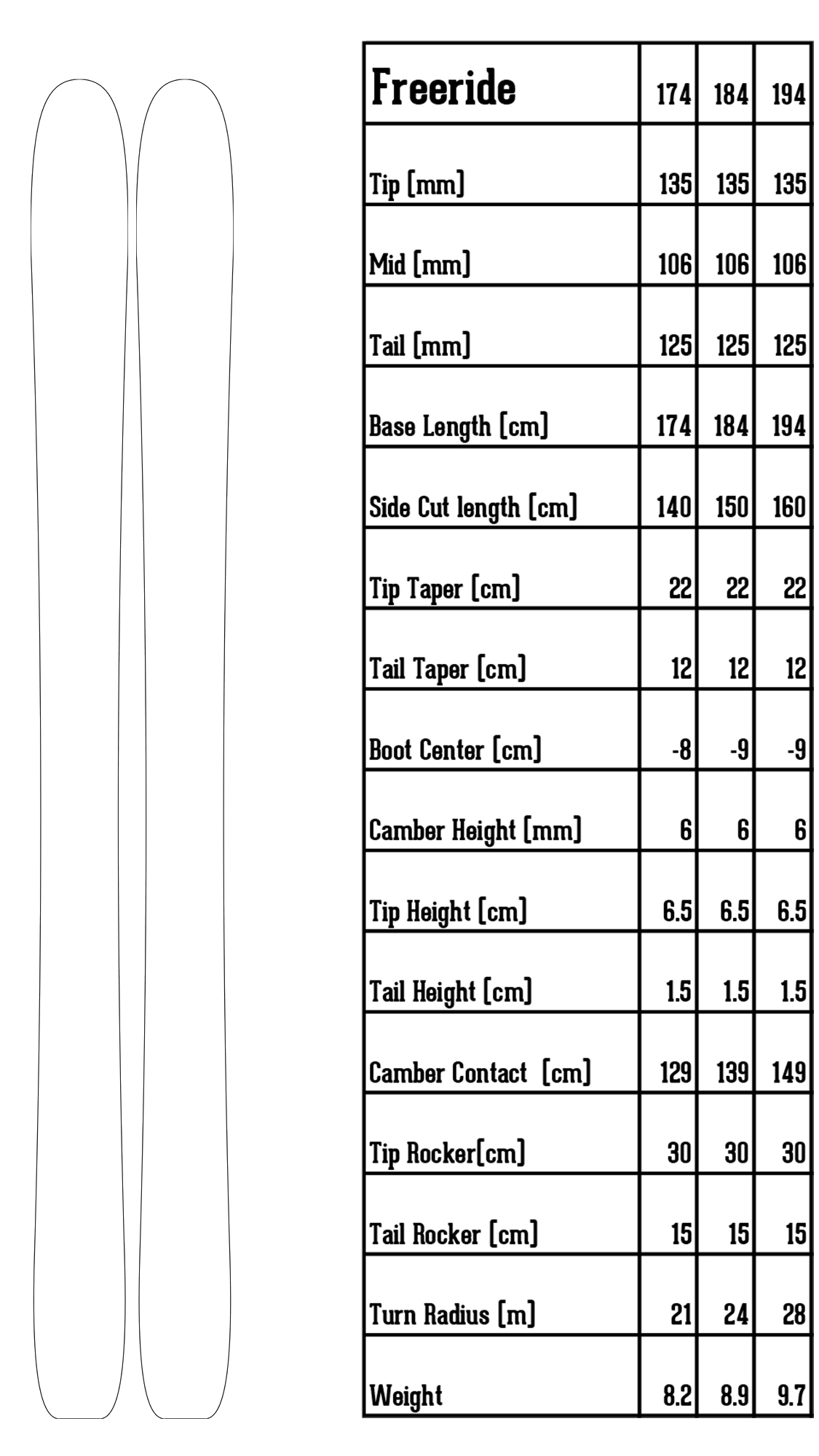