Its uniquely tapered and rockered tip, lower profile tail, combined with a relatively short turn radius, allows for a variety of skiing styles- imagine having power steering added to your skis! From carving to slarving, from turning to charging, the GPO is ready when you are! So relax, and enjoy the ride. 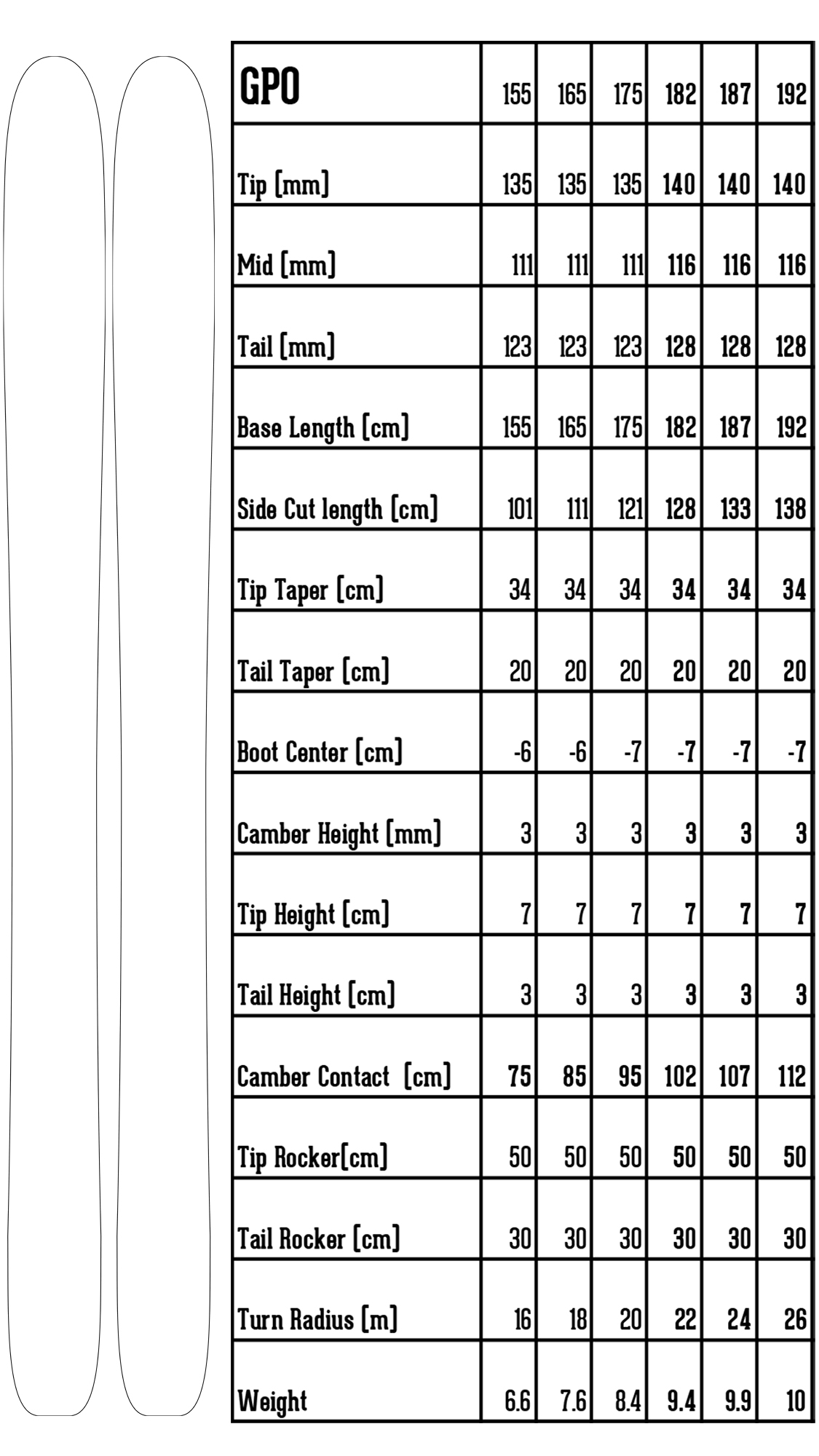